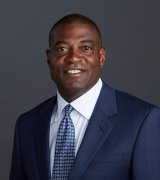 Ronald E. Blaylock is a Founder and Managing Partner, and member of the Investment Committee of GenNx360 Capital Partners, a private equity fund headquartered in New York City.

Mr. Blaylock currently serves on the corporate boards of W.R. Berkley, Inc. CarMax, Inc., Radio One, Inc., and was recently elected to the board of Pfizer, Inc. in February, 2017. He also currently serves on the boards of Carnegie Hall and the New York University Stern School of Business, and was elected to the board of The Mebane Foundation in April of 2017. He had previously served on the board of Georgetown University and the New York University Board of Trustees. He had also been named “Man of the Year” by Covenant House for his work with abandoned youth.

Attorney, Schell Bray Aycock Abel & Livingston PLLC
Mr. Livingston engages in the private practice of law in North Carolina and concentrates his practice in Trusts and Estates and Exempt Organizations. He received a BS in Business Administration from the University of North Carolina (is a CPA) and a J.D. from Wake Forest University School of Law. Mr. Livingston is a Fellow of the American College of Trust and Estate Counsel and is a former chair of the Tax Section of the North Carolina Bar Association. In addition to serving on the Board of the Mebane Charitable Foundation, Mr. Livingston currently serves as a Board Member of Well Spring Retirement Community, Inc.

“I believe there is no more important task for the future of our country than to provide a world-class education for the next generation. A primary focus of the Mebane Charitable Foundation is to identify cutting-edge approaches to education, to document the effectiveness of those approaches in the field, and then to find ways to replicate those approaches across the country. I am truly honored to play a role in these efforts.”

“The great 18th century English poet, Alexander Pope, wrote in his Moral Essays: ‘Tis education forms the common mind/Just as the twig is bent the tree’s inclined.’ To be given the opportunity to affect the direction of just one twig, at its most formative stage, is a gift in keeping with the Mission Statement of the Mebane Foundation and is ample reward for the privilege of board membership.”

Chairperson, Mebane Foundation Board of Directors

“Our Foundation has had the goal of improving the education of children since its beginning, and I feel that we are successfully engaged in accomplishing this.”

Mr. Mebane is a financial planning and analysis manager at Unifi, Inc.  He received a B.S. in Accounting from Elon University in 2011. He earned a Masters of Science in Accountancy from Wake Forest University. He enjoys hunting, traveling, scuba diving and playing golf.

“It is crucial for children to master reading and writing early in life. I believe the Mebane Foundation is committed to helping children accomplish this goal as well as prepare them for the rest of their educational career.”

Founder, CEO, Chief Design Officer and Chief Storytelling Officer of Quaintance-Weaver Restaurants & Hotels based in Greensboro, NC
Beyond his interest in business, Dennis is actively involved with civic endeavors primarily centered on issues of social fairness and sustainable practices. He is a past member of the Young Presidents’ Organization (YPO), having led a regional YPO educational program, and he was Executive in Residence for a year at the Center for Creative Leadership. He became acquainted with Allen Mebane in the late 1970s, and he still considers Allen a mentor because the echoes of Allen’s advice, common sense and wisdom influence him daily. 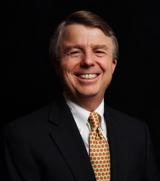 “It is only fair that all children be given every opportunity to realize their full potential for experiencing joy and prosperity. It is an honor, and a humbling opportunity, to get to serve the Mebane Foundation in helping more young people discover their potential and become responsible and joyful global citizens.”

Past President, Davidson County Community College
Before becoming Davidson County Community College President, Dr. Rittling served as President of Potomac State College and was Regional Vice President for West Virginia University. She has held administrative posts at State University of New York’s College at Delhi, including Vice President of Academic Affairs and Interim President. She received a B.S. in Nursing from D’Youville College in Buffalo, New York, and a M.S. in Nursing from Binghamton University in Binghamton, New York. She also holds an M.S. and Doctorate of Education from Columbia University in New York.

“Serving the Mebane Foundation is humbling. The work funded by the Foundation is enhancing the future of our young citizens. In return our community will flourish. While I find the dedication of the staff of the organizations funded outstanding, it is Mr. Mebane’s vision that is indescribable. His perseverance and passion has made the work of the foundation a success. I am honored to be part of this effort.”